As of the end of August, the total import and export of foreign trade in Yili Prefecture increased by 68.21%year -on -year, ranking second in Xinjiang

Yili Prefecture coordinates the prevention and control of the epidemic and the development of economic and social development, and seizes the strategic opportunity period of the core area of ​​the Silk Road Economic Belt. The high -quality development of an open economy. As of the end of August, the total foreign trade import and export volume was US $ 4.232 billion (excluding the Corps), an increase of 68.21%year -on -year, ranking second in Xinjiang; the actual use of foreign capital was US $ 110 million, ranking first in Xinjiang.

The first is to accelerate the operation of the border people's mutual city. On September 16th, the Holgos Border Mutual Mutual Trade Zone officially opened and operated. It has stayed in 11 Harbin merchants and 16 Chinese buyers, completing 20 Chinese cooperatives and 3,400 border people registration. 18 countries such as Kazakhstan, Tajikistan, Uzbekistan and other 18 countries meet the requirements of customs inspection and quarantine requirements, and have successively entered the domestic market through border people. At present, more than 10 eligible processing companies in Holgos are actively importing raw materials, and the characteristic border trade industry of "border people's market+landing processing" is rapidly starting.

The second is to accelerate the creation of a new starting station in China and Europe. Relying on the advantages of the Holgos Port as the main channel of the Central European trains, based on the "Two Huo" to create a new starting site of the China -Europe trains. With the full support of the railway, customs and other departments, the first China -EU trains to join the "Chongqing Europe" China -EU trains on September 14, and the first China -Europe trains co -operated with Yining. Recently, 1 Central Europe (Asian) trains are issued every week, and 1 Central Europe (Asian) trains are issued in the long -term. Accelerate the integration of Ili Prefecture's economy into Central Asia and Europe through international logistics, and lead the high -quality development of the open economy of Ili Prefecture with "dual -cycle".

The third is to accelerate the construction of a cross -border e -commerce comprehensive test area. Taking Horgos as the leader, "Two Huo, Two Yi" as the carrier, drives the rapid development of the cross -border e -commerce industry in the state, and the comprehensive service system of e -commerce industry parks, open service platforms, smart logistics and financial factoring is basically completed , Initially formed a new pattern of economic development of "platform sharing, industrial coexistence, and coordinated development". A large number of eastern assembly and processed enterprises accelerated to our state, and the trend of the integration and development of cross -border e -commerce and the real economy has already appeared. At present, the application of the application of the comprehensive test area of ​​Yili Prefecture has been submitted to the Ministry of Commerce for review.

The fourth is to accelerate the application of the construction of the free trade zone. According to the requirements of the 21 free trade pilot zone approved by the country, to give full play to Ili Prefecture, especially Horgos' location advantages, policy advantages and development advantages, in -depth research on the Holgos area to accelerate the opening efforts to the outside world, create Xinjiang services to create Xinjiang services in the future Measures that are fully cultivated and strengthened the modern industrial system, and continuously optimized the development environment of the development environment. Perform overall planning. At present, the "China (Xinjiang) Free Trade Zone General Plan" has been completed, and it has been reported to the autonomous region for review. 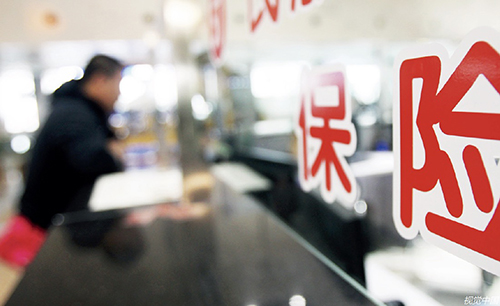 In July, A shares ushered in the fluctuation adjustment, and the major sectors wer...