Jilin Province seized the "bull nose" of the project construction, and promoted the construction of key projects. The Audi FAW New Energy Project was fully started. It is expected to form an industrial cluster with an output value of 150 billion yuan. The auspicious transformation and upgrading project was fully launched, and it was the first large -scale petrochemical project approved by the country since the "14th Five -Year Plan". The land scenery of the Three Gorges, 100 billion catties of grain projects, and millions of beef cattle projects have been promoted solidly, and the role of support for the economy is constantly prominent. Actively plan major projects. At present, the province rolled 2,128 major projects of more than 100 million yuan, of which 473 projects of more than 1 billion yuan were planned.

Accelerate the progress of the construction of new projects in construction, Jilin Province fully implements the "six stability" requirements of the central government, promote the conversion of new and old kinetic energy, and achieve high -quality economic development. At the same time, in accordance with the requirements of "stop falling, rising, and growth", Jilin Province took the lead in deployment of "fighting for 100 days, winning the third quarter of the third quarter, and making full efforts to make up the epidemic loss." In August of this year, the added value of industries above designated size in Jilin Province increased by 27.2%year -on -year, higher than the national average of 23 percentage points, and ranked 1st in the provinces and cities across the country.

Throughout the major projects in Jilin Province, it is all projects that optimize industrial layout, expand emerging industries, consolidate infrastructure, and enhance people's well -being. Take the initiative to break the "difficulty" and pass through the "blocking point". Jilin Province fully implements the country's major favorable policies, send the policy to the site of project construction, and continuously release the dividend of the "run once" reform to ensure that the factor is done well.

In August, the national economy continued to recover, and the main indicators improved overall 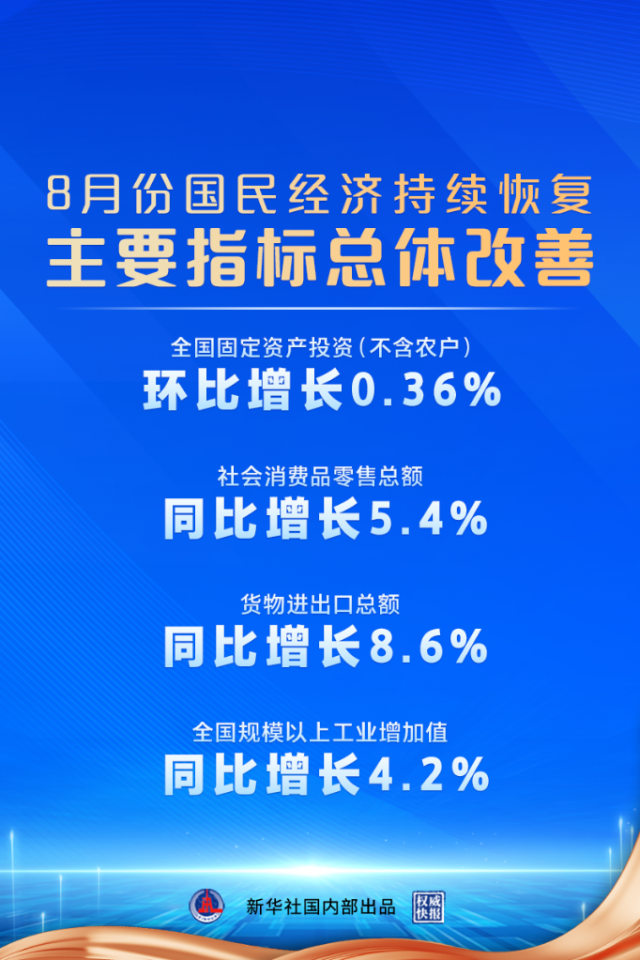 The main board of the Hong Kong Stock Exchange of Weili Holdings has narrowed to 3.17%

On June 30, Capital State learned that Weili Holdings (02372.HK) was listed in Hong Kong stocks today, rising by more than 11%in early trading.As of press time, the increase has narrowed to 3.17%to HK