The international gold price hit a high of 2070.42 US dollars per ounce in March this year, and then fell all the way. As of July 15, the price of gold futures in the New York Commodity Exchange closed at $ 1703.6 per ounce. New lows in ten months. The lower price of gold has also stimulated domestic gold consumption.

On the morning of working, the reporter saw in a gold mall in Beijing that there were endless customers who came to buy gold jewelry.

The person in charge of the mall told reporters that since June of this year, with the decline in gold prices, the gold jewelry prices of their mall have been reduced by 7 times. Among them, the price of the foot gold 999 was 518 yuan on June 11 to 485 yuan on July 14. 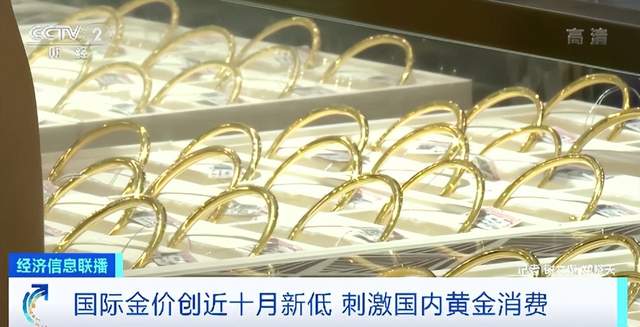 The person in charge of a number of gold sales stores in Beijing told reporters that in the past, July and August was often the off -season of gold sales, but this year's international gold price was expected, and some consumers believed that the price was reasonable, which also promoted the growth of recent gold jewelry sales.

Data show that the demand for physical gold continues to increase. In June, the total amount of the Shanghai Gold Exchange was 140 tons, an increase of 37 tons from May, and an increase of 7 tons compared with last year.

In addition to the increase in gold jewelry sales, recently, gold investment has also ushered in a wave of small climax. Some investors choose to make up for the position, and the sales of gold bars have also increased a lot.

Mr. Pei in Beijing has invested in gold for many years, and he told reporters that in March this year, all the gold on his hand shot. Recently, the price of gold has been explored. While watching and looking at it, he was able to make up the position.

The reporter's investigation found that the sales of investment funds in Beijing also increased significantly. Although some investors hope that the price of gold will be reduced further, the enthusiasm of everyone's investment has been heating up.

Li Fang, the sales director of the Gold Bar Group of China Golden Beijing Flagship Store: The number of passengers in the gold bars has increased by 200 % compared to the previous, and sales have increased by 20 %.

Li Yang, deputy manager of Beijing Cai Bai Company's raw material trading department: The demand for physical gold increases. Combining with some factors of global consumption demand, the price of gold may have a good performance at the end of the year.

The badminton competition of the 16th National Games of Guangdong Province was hel...