Lidar radar (Lidar), which has powerful and complex information perception and processing capabilities, can help the car feel to know the environment and control the vehicle to achieve the predetermined goals.

When the laser radar works, laser is emitted external. After encountering an object, the laser refraction is returned by the CMOS sensor to receive the distance from the body to obstacles. From the principle, as long as you need to know the speed of light, and the time from transmitting from to CMOS, you can measure the distance from obstacles, and combined with real -time GPS, inertial navigation information and computing lidar emitting angle, the system can get the front objects from the front objects. Coordinate orientation and distance information.

Auto company push: without lidar, there is no unmanned driving

Usually, the citizens occasionally encounters a self -driving test car on the road. Seeing things on the roof, it is a laser radar. This is also the earliest mechanical laser radar. Because the technology is relatively mature, most unmanned companies use it to do the relevant test of autonomous driving. 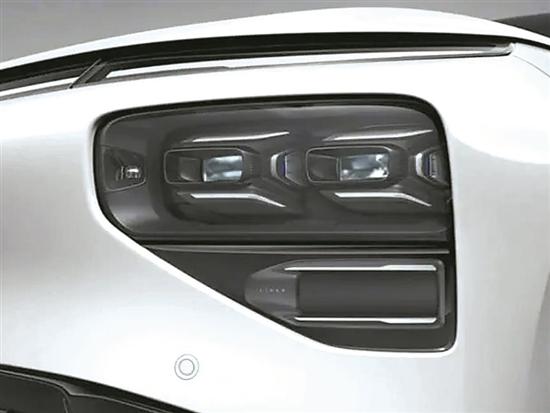 At present, the mainstream sensor products of the car include cameras, millimeter wave radar, ultrasonic radar and lidar. Among them, the radar sensor is an important part of the autonomous driving perception layer. Its resolution, detection accuracy, safety and reliability play a pivotal role in autonomous driving. Data show that in 2021, the global automotive radar market has reached 1.6 billion US dollars, an increase of 37%year -on -year. The size of the automotive radar market will reach $ 2.7 billion by 2024.

According to industry consensus, lidar is one of the important hardware configurations that help cars to achieve high -end intelligent auxiliary driving functions. Without lidar, there will be no real driverless driving.

In contrast, the camera has a poor visual effect under the condition of backlight or light and shadow. The millimeter wave radar has a poor identification effect on static objects. The ultrasonic radar measurement distance is limited and susceptible to bad weather. Therefore, relying on the camera or millimeter wave alone The radar solution is defective to realize smart driving. The emergence of laser radar fills the shortcomings of the above sensors.

However, many car companies currently use hardware embedded, and the software has not kept up. Car companies said that after the post -function development verification is completed, it is updated through the OTA, which means that although it is equipped with laser radar, it is not too practical.

Laser radar looks just laser for launch-recycling reflexes, but to transform these reflected light into point cloud data. Even the entry -level product of Velodyne outputs 300,000 points of data per second, which requires strong chip computing power to support.

At this stage, the autonomous driving is basically L2 level. The driver must reach out at any time to respond to the situation such as Gaza and sudden braking. In this regard, the vehicle has a lidar, and the speed of deceleration should be smooth when followed by the car, but it cannot replace the active control of people.

Route dispute: Laser radar is considered too stupid by Musk

At present, intelligent driving has two technical paths worldwide, "weakness of perception+super intelligence" and "strong sense of knowledge+strong intelligence". One of the obvious gaps is whether to use laser radar.

Compared with mainstream car companies, Tesla has taken the "visualist" route so far, that is, "weakness knowledge+super intelligent". During Tesla's opening day three years ago, in order to demonstrate the advanced nature of the visual solution, Musk said: "Lidar is a fool, and anyone is destined to fail with lidar." The reason was because at the time, the world lidar market was basically monopoly by Velodyne. Its 64-line laser radar required for L4-level autonomous driving needed $ 80,000 to $ 100,000. This is undoubtedly a major obstacle for Tesla, which is to reduce costs and promote civilianization.

Some experts described that the visual school uses cameras to dominate+millimeter wave radar for environmental perception. The advantage is low cost, and the disadvantage is that it has limitations in accuracy, vision and stability. The visual school is the mainstream in L2/L3, which is essentially sacrificing data quality to exchange for low -cost advantages. Because the quality of the data is not high, more complicated algorithms are needed to extract effective information from low quality data. This requires greater computing power, so the more difficult this road is. Well -known investor Wang Yu pointed out the attitude of Musk's anti -lidar that first of all, lidar must be the future direction. This is beyond doubt, because advanced hardware is expensive, but the effect must be stronger than software. Relying on software and AI technology, its upgrade capacity is limited, and will eventually be replaced by hardware after the price reduction. Wang Yuquan believes that the laser radar is about to enter the mature period in the past three years, and the competition is the cost advantage and scale advantage. The cost of technology maturity has been reduced, and the industry can be virtuous.

Just like a mobile phone, the GPU chip has core support for real -time graphics and video applications. If you only rely on Meitu software to process it, the ability is very low. Similarly, the development of laser radar in automobile companies is because this thing just makes up for the shortcomings of cameras and millimeter wave radar. For Tesla, the price is now expensive and not equipped, but as long as one day the price drops to low enough, "Musk will definitely put it on Tesla as soon as possible."

The establishment of the status of lidar is not logical, but also the result of different technical route games. At this stage, the laser radar industry is also uneven. Different car companies, the location of laser radar, the number of lidar, the scanning solution, and the supporting level of autonomous driving are different. However, from the perspective of the evolution of the form, lidar is determined from mechanical to semi -solid, and then from semi -solid to full solid development.

Cost concerns: how low the price is reduced to popularize

Waymo, a self -driving company of Google, is recognized as the leader of the autonomous driving industry. Waymo claims that their own laser radar can provide higher resolution in more than 300 meters; the most expensive model of top -level lidar manufacturer Velodyne has 300 The range of rice, another lidar company Luminar, claims that its sensors can clearly identify objects other than 250 meters.

For current car companies, especially new energy vehicle companies, intelligent assistance driving functions have become one of the standard. But the number of lidar is not as much as possible. As one of the perception solutions, the loading of lidar needs a balance between cost and demand. Under normal circumstances, the vision of a lidar is 120 degrees, but many smart cars currently require 360 ​​degrees or even 540 degrees perception ability.

Therefore, a laser radar seems difficult to meet the needs. The easiest way is to add another radar to reach a perspective of 180 degrees. Industry insiders said that at present, the number of laser radar is usually about 2-3. Even L4-L5 may not exceed 5.

Judging from the current market situation, although the cost of lidar is around $ 1,000 or even more expensive, the laser radar has entered popularized in the moment when automobile intelligent "inner rolls" have entered. Great Wall Salon Mech Dragon, even equipped with 4 laser radar from Huawei. But if you only stay at the L2L3 level, in fact, lidar cannot maximize its actual value, that is, "pretending to be early, a bit wasteful." If the car company does not install a laser radar, what else can they find the competitive target that people can understand?

It is reported that domestic lidar companies represented by Hesai Technology and Sagitar Junchuka are stealing Velodyne's market share step by step through services and prices. Innovusion co -founder and CEO Bao Junwei predicts that when the shipment was 100,000 units, the cost would drop to about $ 1,000. Sagita Junchuang also said that if the order scale reaches 100,000 to 1 million units, the price of hardware can be exposed to $ 200-500. But still pay attention to this premise: the number of orders.

The Ministry of Industry and Information Technology's "Intelligent Connected Automobile Technical Road Map (version 2.0)" guidance states that domestic L2 and L3 new cars in 2025 will reach 50%, exceeding 70%by 2030, and L4 account for 20%. And high -level autonomous driving put forward higher requirements for the number of sensors: from L2 to L4/L5 level, the number of vehicle sensors will increase from about 8 to about 24, of which the number of laser radar will increase from 0 to about 4 pieces from 0 to about 4 pieces. Essence It can be seen that the installation of lidar is already the only way to autonomous driving. This means that this market is so large that it cannot be underestimated, and the decline in unit costs is also inevitable.

Installation location: where is the place of installation, it is also very knowledgeable

The laser radar is installed on the roof, which can detect farther goals, and it is not easy to collide. The front hood of the vehicle will form a certain visual blind zone, affecting close target detection.

Laser radar is embedded in the front of the fog lights on both sides of the car.This deployment method makes the vehicle design look more harmonious and is not affected by the vision of the hood.However, it is more likely to be contaminated, and collisions will also bring higher replacement costs to users.Lidar position: engine cover; representative model: set car

Jacking Motor chooses to lay the laser radar layout on the engine cover, taking into account the field of vision and anti -collision demand.However, the use of active components such as hood will cause certain risks.

The government keeps promising, investing in Hebei is right!