Luohe: Typical praise of the courtesy

Practice civilized practice and share a happy life. On the morning of September 28, the theme of civilized practice of "Welcome to the Twenty Stars of the Star Yao Sand" was held at the New Era of Luancheng District, Luohe. The event was hosted by the Propaganda Department of the Luohe Municipal Party Committee and the Municipal Civilization Office, and the Propaganda Department of the Pucheng District Party Committee and the Civilization Practice Center of the New Era of Pucheng District.

It is understood that this event deliberately invited Yang Suxiang, the mother of Martyrs, Martyrs, Martyrs, Martyrs of the Wei Guo, Chen Xiaopan, National Outstanding Communist Party member Chen Xiaopan, National Labor Model Ma Xiangjie, Civil Service Wang Pei, who was satisfied with the people of the country, Liu Jie, a good Chinese person, Wang Yu, the nation's 38th red flag bearer, the whole country. March Eight Red Banner (collective) Tian Suxiao, Gao Zhenxia, ​​the most beautiful family in the country, Wang Yanxia, ​​an outstanding teacher in the country, and Zhang Yong, a national youth position, Zhang Yong, and other industries in all industries. Civilization practice creation results. Such activities are the first time in Luohe City, which is of great significance.

At the activity ceremony, the "Langhe City Civilization Practice Commander" was awarded the book of "Luohe City Civilization Practice" to 10 typical representatives. Chen Xiaopan, a national outstanding Communist Party member, made a speech as a typical representative. Based on his own post, deep cultivation, serving the society, and actively contributing, he showed the spirit of the Luohe struggler in the new era. His outstanding deeds were unanimously praised by everyone.

In the past ten years, Luohe, with the spirit of the "pioneering cattle" and the role of "vanguard", has established a tide and pioneering progress in promoting reform and opening up and building a great process of socialism with Chinese characteristics, and has achieved brilliant achievements.

"Luohe has developed rapidly in ten years, and Chinese food cities are famous at home and abroad. The golden signboards of civilized cities and national sanitary cities in the country have made Luohe a happy city of livable and available. The city's urban connotation of the city of Xianghe River has given citizens more sense of gain, happiness, and security. "Sun Haiwu, deputy director of the Propaganda Department of Luohe Municipal Party Committee and director of the Municipal Civilized City Construction Service Center, said that I hope everyone will take this event as a Opportunity, take the lead in entering the unit, the community (village), the enterprise, entering the campus, and entering the camp, extend the practice of civilization to the top level, and vigorously carry out various civilized practical activities such as preaching and civilization. More people glow and heat, drive more people to join the volunteer service team, participate in the practice of civilization in the new era, form a virtuous circle of respect, learn good people, and do good deeds in the whole society. More brighter and make Luohe more temperature.

On September 19, the reporter saw at the SKP project in Chengdu High -tech Zone th... 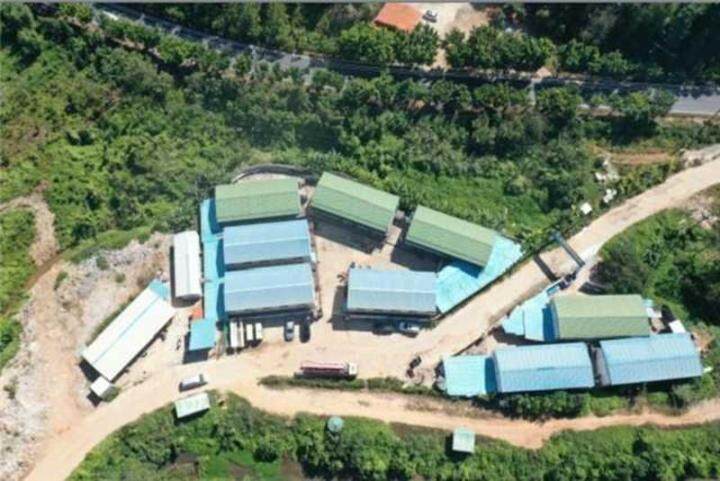