More than 28,600 cases of social patrol investigation and punishment in the province

According to reports, the "100 -day action" is related to the people's livelihood and connected with the hearts of the people. The Guangdong Provincial Party Committee and the Provincial Government attach great importance to the "Hundred Days Action" and make clear requirements for solid promotion actions. The Party Committee of the Provincial Public Security Department resolutely implements the decision -making and deployment of the Ministry of Public Security, the Provincial Party Committee, and the Provincial Government, set up a leading group and a special work class, and formulate a seminar for the public security director, mobilizing deployment meeting, party committee, special session, etc. Careful deployment, focusing on the power of the province's public security organs to launch a sharp offensive. The province's 21 prefecture -level party committees and governments organized a special research to promote the "100 -day action". The "first leaders" of public security organs at all levels took the lead in responsibility and invested in all aspects. The good work pattern ensures that the "hundred -day action" has a momentum, deterring crimes, and forming a trend.

During the operation, the province's public security organs reflected the strongest social security issues of the public in response to the masses. They insisted that "what crimes are prominently focus on what crimes and public security issues are focused on solving what problems", and conduct three rounds in accordance with the unified deployment of the Ministry of Public Security. Based on the centralized operation of the summer public security inspection, combined with the actual investigation of Guangdong's work once a week, it organized a anti -drug, break -breaking case and yellow gambling, and cracking down on the rectification of illegal crimes involving vehicles, illegal crimes involving food and medicines involved in food. The province's weekend night investigation of different topics such as illegal crimes, economic crimes, and telecommunications fraud crimes around the campus.

Since the operation, 65,000 criminals have been seized in the province's social patrols (including 3,591 fugitives) and investigating and punishing more than 28,600 cases; investigating more than 610,000 contradictions and disputes, and early warning may cause outstanding contradictions and disputes in cases of cases. More than 7,200. During the three rounds of summer night public security inspections and defense concentrated unified operations, the province dispatched a total of 102,000 police forces and 232,000 police cars in the province. More than 17,000 criminal suspects have achieved the expected effect of "comprehensive patrol, precise investigation, in -depth declaration, and three -dimensional defense".

The "Ping An Hall" captured more than 2,300 people according to the crowd's letter clue

The province's public security organs in accordance with the idea of ​​"faster cases, more small cases, deeper excavations, more accurate cases, better control of cases", and use key cases to supervise accounts and launch cluster campaigns as the starting point. , Pay close attention to the case. Since the operation, more than 3,700 cases of elderly care fraud have been cracked, and more than RMB 1.79 billion in recovery and frozen pension scams and stolen money; more than 22,000 cases of electric fraud cases, more than 32,000 personnel related to electrocomputers are arrested; There were more than 1,300 cases, more than 2,000 suspects of criminals involving drugs, and seized 635.6 kilograms of various types of drugs; more than 1,200 cases of provocative nourishment, more than 1,900 criminals; the "Ping An Hall" mailbox handled more than 29,000 letters of the masses, the first time To solve the problem of "urgency and sorrow" for the masses, and to capture more than 2,300 suspects illegal suspects according to the clue of the letter.

In order to ensure that the "Hundred Days Action" deployment requirements are not interested in implementation and achieved practical results, public security organs at all levels have always adhered to the problem orientation, strengthened supervision and inspection, and urged all localities to press and compact responsibilities. The eighth supervision team of the Ministry of Public Security went to precise supervision of all parts of Guangdong, and the 21 special inspection teams of the Provincial Public Security Department were in supervisors. Public security organs at all levels adopted the dual parallel supervision model of "resident inspection+territorial inspection". Members of the Party Committee of the Provincial Public Security Department went to various places to go directly to the front -line supervision and inspection. The "first leaders" of public security organs in various places leaned forward and continued to carry out special supervision and unannounced investigation. Quality and efficiency. At the same time, the implementation of the police warming police measures in various places will be implemented, and advanced collectives and advanced individuals emerging during the "Hundred Days of Action" will be commendable and motivated, and timely convey the care and care of the organization in a timely manner.

In order to promote the 100 -day action in the summer public security strike, according to the unified deployment of the Ministry of Public Security and the Provincial Public Security Department, fr 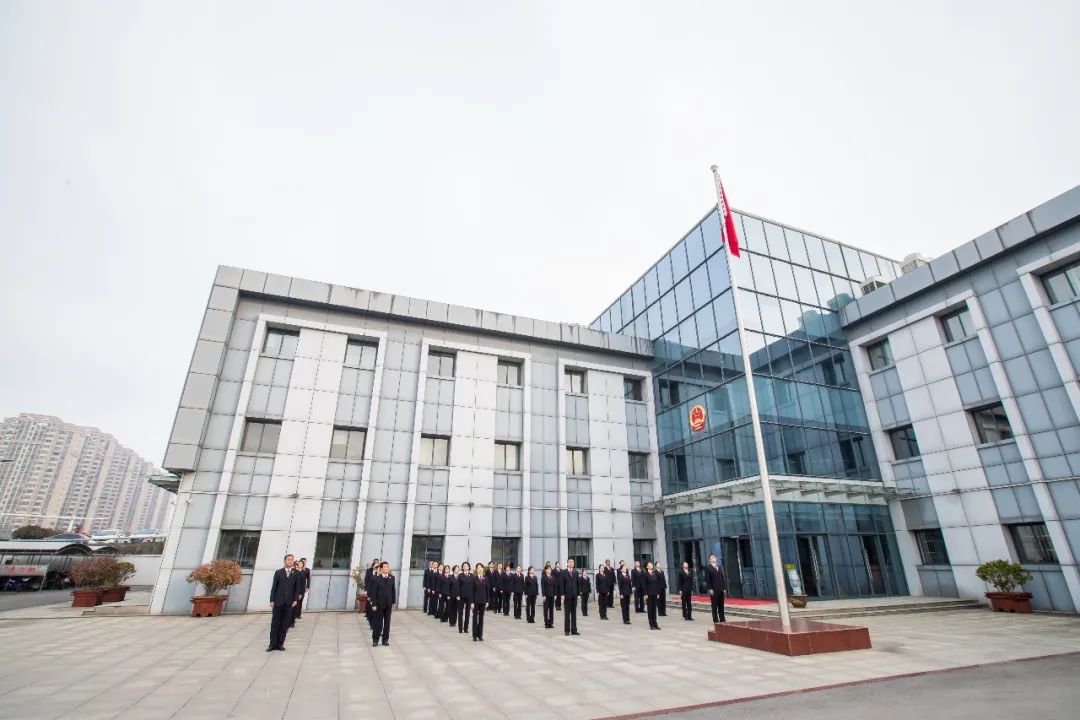 Since the formal establishment of the People's Procuratorate of the Yangzhou Econo...